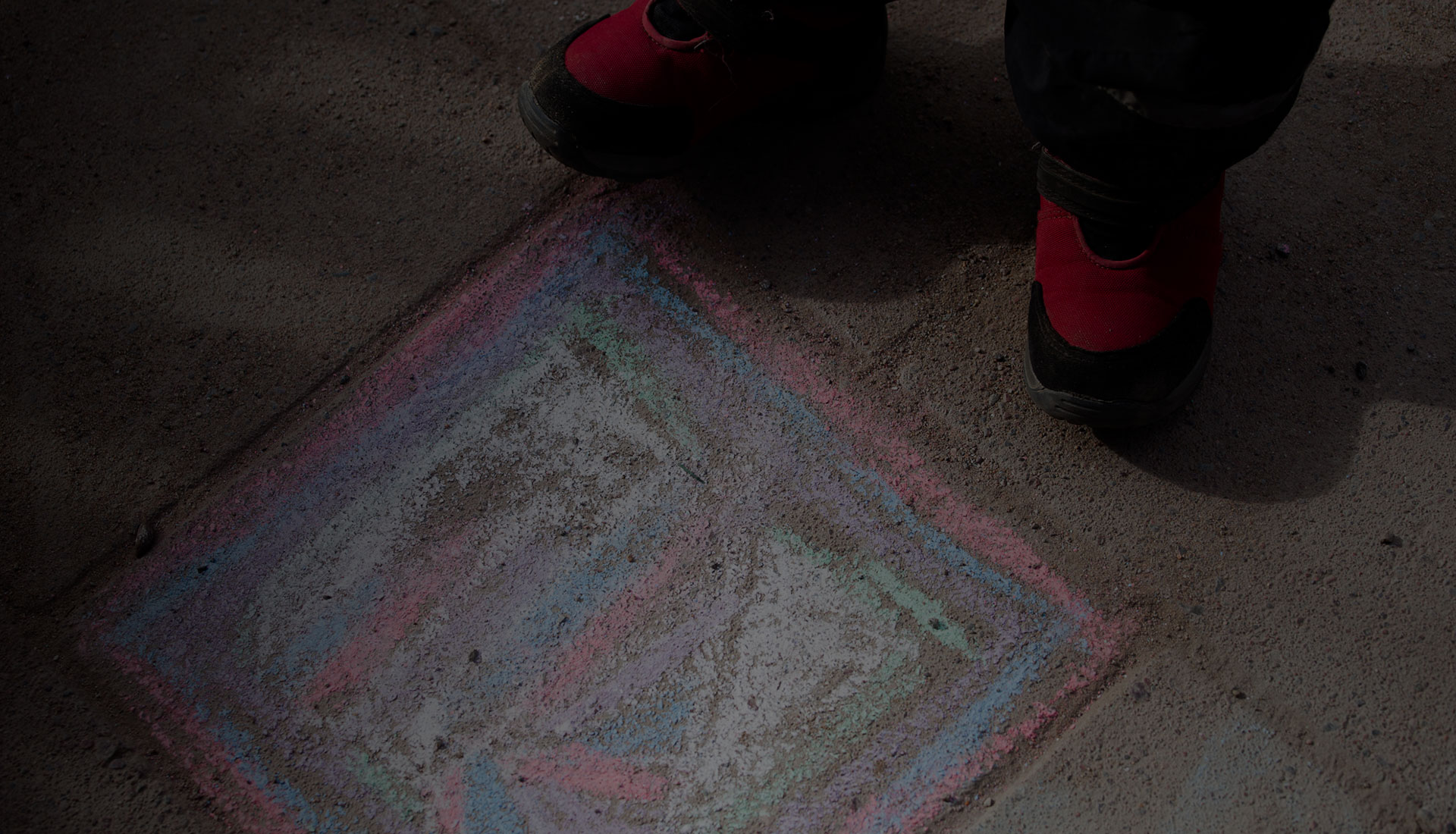 Preschool’s rooms are the focus of this norm critical innovation project. The goal of this norm critical innovation project is to find innovative ways to promote children’s play in educational practice by using norm critical architectural design. Exclusive rooms, unreflected use of toys and unawareness amongst educational practitioners do not promote the curriculum for preschool’s target that all children should have access to play. By combining knowledge and experience from the areas of education, architecture, norm criticism and design, the project has the potential to achieve innovation through new knowledge combinations and thus also have the potential to find new solutions and challenges by synthesizing these areas of knowledge. These new solutions, new creations and new designs around play will materialize in concrete changes in preschool rooms, where the project’s aim is to be knowledge-based and creative around how play both creates the room and the room creates play. The project aims to re-build preschool’s physical and mental spaces together with pre-school staff and children in a learning process that examines, understands and shape alternatives to the norms at the preschools. Children’s voices will particularly be focusedon, something that is easily forgotten, but this is a central element in this innovation process. The target groups for the different types of tools and knowledge developed in the project are preschool student teachers, preschool teachers, school principals, architects, designers, urban planners and preschool managers. This project can both provide knowledge but and also demonstrate the need for educational institutions, school principals and architects to work norm critically.

Swedish Preschool consists of approximately 98 per cent of the country’s’ five-year-olds and is, altogether, a large societal institution, a public room that can be explained as the first collective arena of identity formation that children enter into.  Preschool, understood as both a physical and psychological environment, is required to be inclusive for all individuals residing there.

One of the most explicit commitments of Swedish preschool is to promote children’s play since it is understood to contribute to learning and development (Sandberg & Ärlemalm-Hagsér 2011, Broström et al 2015). The indoor environment of three preschool units is the focal point of this norm critical innovation project, since these environments might jeopardise children’s’ rights to equal and free play and instead encourage privileged positions within the play (Paechter & Clark 2007, Krogstad et al. 2012, Archer 2014). Research show that preschool today, does not include all individuals equally (Dolk 2013, Fast 2007, Hellman 2010), and as a result, that categorisations such as age and gender creates power structures within the play, which leads to uneven access to the environment. Norms regarding categorisation and exclusion in preschool needs to be problematized to increase children’s chances to evolve. This is the starting point for the project, Non-normative preschools – an innovation meeting between education, architecture, norm criticism and design.

Non-normative preschools – an innovation meeting between education, architecture, norm criticism and design, will aim to create norm conscious rooms within the Swedish preschool. To achieve this, an interdisciplinary team has been put together, with scientists from both Mälardalen University and Luleå University of Technology and architects from Lycklig Arkitektur, to enable primarily a physical change of the preschools room, and secondarily, a possible psychological change of the environment.

Mälardalen University and its’ two academies contributes to the project, knowledge about children’s play and learning as well as knowledge regarding innovation and design. The architectural firm, Lycklig Arkitektur, based in Stockholm, holds good knowledge about building and rebuilding preschools and enthusiastically incorporates children’s rights into their work. Luleå University of Technology adds the important knowledge of norm criticism, social innovation and evaluative research, from a perspective of gender. In addition to this, experts within the field will be included and consulted throughout the process.

Mia Heikkilä is project leader and researcher in education in the fields of play, learning, gender and norm criticism for younger children. She has also been interested in preschool and school organization and change management in organizations with a particular focus on gender equality. Mia’s research focus is usually on to highlight how power imbalances affect individuals and groups and, by extension, the school’s ability to achieve its goal. In this project, Mia responsibility is for the ongoing interactive research process of the pre-schools before and after renovation and overall responsibility for the project.

Malin Lindberg works as a scientist within the field of inclusive innovation and organisation at Luleå University of Technology. As a result of contributing with knowledge support to innovative achievements regarding inclusive aspects such as gender, diversity, situational and social change, she holds years of experience within the field. In this project, her knowledge about norm criticism and social innovation will be in focus. Her research works closely with the public sector, to create both theoretical and practical use.

Jennie Schaeffer works as a scientist in design at Mälardalen University. Her research focuses on methods and techniques for participation within the field of design and innovative processes. She is interested in the inclusion of groups and perspectives that normally become invisible within these processes, for example, when rebuilding a preschool. In this project, Jennie will carry out the interviews with the children at the chosen preschool units, in these interviews the children will be encouraged to take photographs of certain places within the room, and through these pictures, tell their own story of how they experience their environment.

The first part of the project, called Work package 1, will include the preparatory work and the production of the Provotype,as well as development of the outlines for the rebuilding of the units. The children at the different preschools will be included in all parts of the process, since research show that children rarely are approached when discussing the organisation of the preschool regardless of the fact that children should have influence over their every-day environment according to both the preschool curriculum (Skolverket, 2010) and the education act (SFS 2010:800). This first part of the project will make use of photo-elicitation interviews, where the user of a particular room is given space to tell their story of the room through photographs, taken by the children themselves, together with a researcher (Schaeffer & Carlsson, 2014, Epstein et al. 2006).  In addition to the analysis of this material, conversations with the personnel and children, as well as Västerås city council, prior research will be compiled together with this new knowledge. The dialogue with the personnel will furthermore engage in a element regarding norm criticism in preschools, since the research starts off in the understanding that the rooms together with the actors within it should aim to widen children’s play repertoire. As a result, Arbetspaket 1will include the 3D-illustative provotype of a excluding preschool, which should encourage reflection regarding the subject as well as genuine outlines for the rebuilding of the rooms. This part will be carried out during the spring of 2017.

This part of the project includes the actual moulding and rebuilding processes of the three preschools. The rebuilding of the preschools will be parallel, since this allows for identification of similarities and differences between them as well as the possibility to employ different realisations, depending on the requisite to that specific preschool. Three different types of rebuilding will take place: one small, one medium and one more inclusive process, all from different financial perspectives. This is crucial, so that the result of the research will be available to all preschools regardless of their specific needs and qualification. This part will take place during the summer of 2017.

The third part of the project make up the interactive on-going evaluation, which means that the researchers within the project will observe the preschools that are being rebuilt, before, during and after the project. This method is of ethnographic character and focuses on the children’s play, norm criticism and learning. This includes the observation but also, documentation and analysis of what actually happens and how the personnel and the children understand the concept of play before and after the changing of the environment. This evaluation and analysis will be available for the participant actors on a few occasions. This will take place during a longer period of time, spring 2017 until autumn 2018.

This part consists of the creation of an interactive web exhibition of the process. Web designer Minna Wallin and photographer Elisabeth Olsson Wallin will be consulted to take pictures of all three preschools before, during and after the rebuilding period and thereafter create the web exhibition where visitors are encouraged to participate with both comments and their own, similar experiences. Moreover, the participants in the project and the key actors will share their own photographs from their work. This part of the project will be ongoing throughout the research period, 2017-2019.

In this part of the project, the importance of the follow-up process of the different parts, arbetspaket, is stressed.The follow-ups will occur at least once per semester. This will also provide material for scientific publications and an end product in the shape of a reference manual for the projects target audiences. All steps will be documented so that they can be implemented in similar manner on different preschools. Moreover, this manual will be used by Västerås city council when rebuilding and creating new preschools within the municipality.